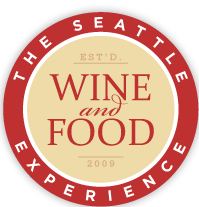 The  Seattle  Wine  and  Food  Experience is this Sunday and the Yakima Valley will be there in force! In addition to a number of local wineries and other beverage providers, Yakima Valley Tourism is a Gold Sponsor and will host a double booth full of locally crafted bites and beverages.

On the beverage side we’ll pair these delights with a Syrah from Gilbert Cellars, a Viognier from AntoLin Cellars, an apricot hard cider from Tieton Cider Works and Bale Baker Brewery Topcutter IPA.

“This is a great way for folks in Seattle to taste what we grow here in the Valley,” stated John Cooper, President & CEO of Yakima Valley Tourism. “We’re excited to be at this show.”

General  Admission  tickets  are  $55 and  available  at http://www.seattlewineandfoodexperience.com. Must be 21 and over to attend. Hope to see you there!